Ever since I started working on WheelMasks I thought that it would be really cool to be able to apply a gamut mask to a photo. I even started working on a prototype and I got to the point that I had an algorithm that produced the results that I liked...

Reading Ash Furrow's last blog post about life drawing helped me remember how much I enjoyed doing it. In 2005 I started a project to improve my environment drawing skills: I set to go out everyday and draw whatever I found interesting in my sketchbook...

A couple of days ago I released a new Cocoa Pod of the husl-objc library. I though it deserved the 1.0 treatment because it contains two important updates:

First, I've updated it to the latest canonical version of HUSL which is Revision 4 and the...

husl-objc has moved to the HUSL GitHub organization

After talking with Alexei we've agreed that the HUSL GitHub organization is the natural home for the Objective-C port of HUSL. Since today the repository for husl-objc is in the following url:

Updated on June 10, 2015: The husl-objc repository has moved to the official HUSL GitHub organization. Please, look at the announcement post for the updated information.

Calling a PaperScript function from JavaScript

I've just uploaded an online color gamut visualizer to the WheelMasks blog. It's something I thought about adding to the app but chose not to, to avoid adding complexity.

There are already a number of gamut visualizers available, but none of the ones...

Just a little note to let you know that WheelMasks 1.0 has been released on the App Store.

It's the first time that I release an app to the public and, even though it probably won't make me rich, I'm very proud of it. I plan to write a post about... 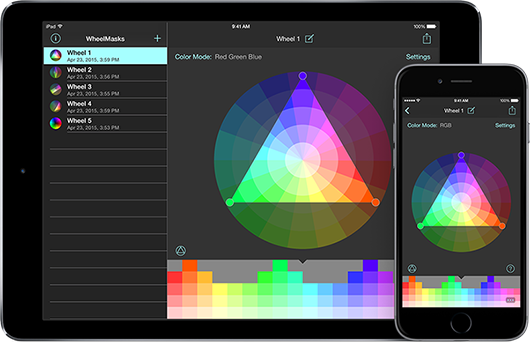 The Invention of the Perfect Cup of Coffee →

Nice interview with the inventor of the AeroPress, Alan Adler, by Steven Levy. This brewing device completely changed the way I think about coffee after we had to replace our broken espresso machine, I really recommend it. Even though I reuse the filters...